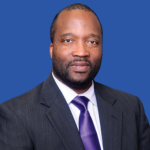 Kenneth Evans is President at Urban Chamber of Commerce Throughout Nevada, our chambers of commerce strive to create a favorable environment for every type of business imaginable. By promoting entrepreneurship, economic development, and job opportunities, we can ensure a better life for every Nevadan and their families. It’s easy to forget that when you boil it down, … END_OF_DOCUMENT_TOKEN_TO_BE_REPLACED

Our one-size-fits-all public education model simply isn’t up to the challenges faced by a post-pandemic world. Although, to be fair, it wasn’t exactly knocking it out of the park prior to the pandemic either. Nonetheless, the seismic disruptions to our world—economically, socially and culturally—are demonstrating the full extent of such a system’s shortcomings. As usual, … END_OF_DOCUMENT_TOKEN_TO_BE_REPLACED

The roaring twenties are upon us — and no one seems to notice just how amazing the world actually is. By virtually every metric, the human condition is better today than ever before. In America, and across the world, we’re living longer, healthier and more prosperous lives. In fact, for the first time in recorded human history, the majority of people on this planet are … END_OF_DOCUMENT_TOKEN_TO_BE_REPLACED

If progressive voters really want the kind of “bold” and “transformative” changes big-government politicians keep promising, they had better change their voting habits. Despite the lofty-sounding rhetoric, there’s nothing inherently progressive—new, innovative or revolutionary—about the policy proposals being touted by big-government proponents. In fact, far from effecting … END_OF_DOCUMENT_TOKEN_TO_BE_REPLACED

In October of 2018, Hillary Clinton argued that states, not the federal government, is where social justice warriors should focus their efforts. The recommendation was in response to the new “conservative” direction of the Supreme Court, and a Trump administration that is quickly using the largess of executive power to reorganize the federal government’s priorities. It was a … END_OF_DOCUMENT_TOKEN_TO_BE_REPLACED

In January, we will once again celebrate National School Choice Week. The focus on the week will, rightfully so, be about those students who are currently stuck in educational environments that don’t fit their needs — and the importance of empowering their parents with the ability to choose a better alternative. It’s a concept that the culture at large seems to be … END_OF_DOCUMENT_TOKEN_TO_BE_REPLACED

Policy, not politics, is what will really matter in Nevada’s 2019 legislative session. Of course, it’s easy to get caught up in the political, rather than the policy world. After all, elections have consequences, and it’s often hard to get past the headlines pitting Republicans and Democrats against each other. Likewise, politics too often drive policy. After all, last … END_OF_DOCUMENT_TOKEN_TO_BE_REPLACED

Transparency is an essential part of a representative government; without it, some would rule while others would simply be ruled over. This is why the federal government and every state in the nation has passed laws that explicitly address the public’s right to access government records and information. For more than 100 years, Nevada has had some form of public records law … END_OF_DOCUMENT_TOKEN_TO_BE_REPLACED

Let’s be honest: Both major political parties seem to be fans of growing government. Politicians, however seem to know that most voters aren’t quite as anxious to hike taxes or increase spending. After all, hopeful lawmakers continually promise to make government leaner, trim excess and curb waste in the public sector — and politicians are masters of telling voters what they … END_OF_DOCUMENT_TOKEN_TO_BE_REPLACED

Kids today ruin everything. Socialism, for example, just isn’t what it used to be. Of course, that’s not necessarily a bad thing. In fact, for advocates of the free market system, the evolving understanding of what it means to be a “socialist” in modern America isn’t nearly as dire as it sounds. The newly empowered generation of young Americans — millennials certainly … END_OF_DOCUMENT_TOKEN_TO_BE_REPLACED 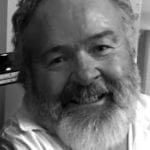 Nevada’s Public Employee Retirement Systems (PERS) has a history of protecting their data and blocking the public’s access to information, even though the public (you and I) are footing the hefty bill of almost $2 billion a year. That’s more than 10 percent of state and local government’s combined own-source revenue, and the second highest percentage in the nation. It’s bad … END_OF_DOCUMENT_TOKEN_TO_BE_REPLACED

What happens when the “public square” is guarded by gatekeepers eager to censor anything they view as inappropriate political speech? That’s a question many conservative and libertarian activists are now asking, as “progressive” social-media companies accelerate their crusade against anything that gets labeled as hate speech, online bullying and fake news. At its outset, … END_OF_DOCUMENT_TOKEN_TO_BE_REPLACED

The America Revolution was not about a tax or tariff. It was about the consent of the governed or, more precisely, the lack thereof. Many Americans today seem to chalk the revolution up to years of oppressive government from a tyrannical English king. Punitive and unfair taxes, human rights abuses and crippling tariffs — so the simple story goes — led oppressed colonists to … END_OF_DOCUMENT_TOKEN_TO_BE_REPLACED

The union infighting across Nevada and especially in Clark County shows a real need for policy changes that empower workers, not union bosses. Last month, the Clark County Education Association (CCEA) voted to separate from its parent union, the Nevada State Education Association (NSEA). The decision was made, according to CCEA, because the state union regularly fails to … END_OF_DOCUMENT_TOKEN_TO_BE_REPLACED

During the tumultuous presidential primaries in 2016, one candidate promised to impose huge tariffs on Chinese goods, “until they stop dumping steel into the United States,” thus restoring the American steel industry to its former glory. The candidate I’m thinking about was actually the self-described socialist senator from Vermont, Bernie Sanders — but it just as easily … END_OF_DOCUMENT_TOKEN_TO_BE_REPLACED

In George Orwell’s dystopian novel, 1984, he introduced his readers to the concept of “doublethink” — the power of holding two contradictory beliefs in one’s mind simultaneously, and accepting both of them. Orwell concisely illustrated the concept with his fictional government’s contradictory slogan for the people: “War is peace. Freedom is slavery. Ignorance is … END_OF_DOCUMENT_TOKEN_TO_BE_REPLACED

One wouldn’t know it listening to many media loudmouths, but the recently passed GOP tax reform bill is producing results that should earn the applause of “progressives.” Unfortunately, as is now par for the course, political tribalism — not legitimate policy concerns — has encouraged the political left to protest a tax plan that’s poised to benefit every income bracket and … END_OF_DOCUMENT_TOKEN_TO_BE_REPLACED

Fifty-four years ago this month, President Lyndon B. Johnson announced the beginning of what would turn out to be America’s longest running war: the “War on Poverty.” “This administration today, here and now, declares unconditional war on poverty in America,” boomed Johnson, basking in the applause the grand declaration guaranteed him during his State of the Union … END_OF_DOCUMENT_TOKEN_TO_BE_REPLACED

Americans still largely believe in the right to free speech — but they are simultaneously less likely to exercise it than they have been in the past. And it’s not hard to see why. According to a recent Cato survey on the topic, nearly three-fourths of Americans say that “political correctness” has significantly silenced political speech on important issues. A quick … END_OF_DOCUMENT_TOKEN_TO_BE_REPLACED