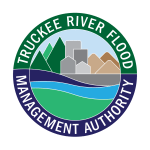 (Reno, Nev.) – Assembly Bill No. 375 (AB 375) was signed into law on June 12, 2017, allowing the Truckee River Flood Management Authority (TRFMA) to continue its mission to plan, engineer and construct flood project improvements that will protect the Truckee Meadows region from a 100-year major flood event. The 100-year plan will help avoid the life-threatening and economic … END_OF_DOCUMENT_TOKEN_TO_BE_REPLACED

New Dynamic, General-Equilibrium Analysis Simulates Impact of Tax Proposal Although much has been said about the proposed margin tax on businesses that will appear as Question 3 on November’s ballot, there is a shocking lack of clarity about the actual impact of the tax on Nevada’s economy. There isn’t even agreement on an approximate amount of new tax dollars the tax would … END_OF_DOCUMENT_TOKEN_TO_BE_REPLACED