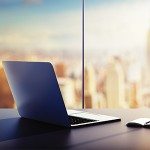 Gilda Radner’s comic creation, Roseanne Roseannadanna, pretty much summed up the situation of Nevada’s employers: “It’s always something.” The state’s economic recovery makes good workers harder to find, and top employees are beginning to hear the siren song of recruiters who want to woo them away. That’s putting upward pressure on wages just when employers are getting the … END_OF_DOCUMENT_TOKEN_TO_BE_REPLACED

Nevada’s so-called “prevailing wage” laws cost taxpayers millions of dollars each year – many of these dollars go into union coffers instead of to workers. Once you know the facts about it, you’ll be as outraged as I am that this politically motivated system has been allowed to continue. Prevailing wage laws require contractors who bid on public works projects to pay all … END_OF_DOCUMENT_TOKEN_TO_BE_REPLACED