Something big is going to happen to employment in Nevada in September. No one is entirely certain what’s going to happen, and experts aren’t certain how it’s going to unfold. One thing everyone agrees on is that it’s going to be big. Why? September marks the end of supplemental unemployment benefits funded by the federal government as part of its pandemic-recovery packages, … END_OF_DOCUMENT_TOKEN_TO_BE_REPLACED 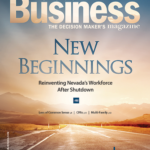 On March 20, Governor Sisolak ordered all nonessential businesses to close as Nevada followed shutdown orders, attempting to slow the spread of COVID-19. Overnight, the travel and tourism engine shutdown. For the first time ever, casinos closed their doors. During the first week of shutdown, nearly 3.3 million Americans filed for unemployment benefits. The … END_OF_DOCUMENT_TOKEN_TO_BE_REPLACED 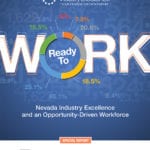 Education, collaboration and an educated workforce together describe the system of agencies and organizations working to build a pipeline from educated workers to the employers representing high demand jobs in Nevada. One such agency is Nevada Industry Excellence (NVIE). The industrial outreach program of the Nevada System of Higher Education (NSHE), NVIE is administered by … END_OF_DOCUMENT_TOKEN_TO_BE_REPLACED 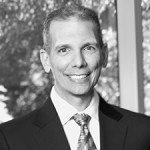 As business leaders, we often rely on metrics like growth and the unemployment rate to gauge our state’s vitality. However, focusing solely on economic indicators is not enough to answer the question, “How are we doing?” We need to consider other metrics that reflect the health of our communities. Today, Nevada ranks 46th among the states for healthcare access, quality, … END_OF_DOCUMENT_TOKEN_TO_BE_REPLACED 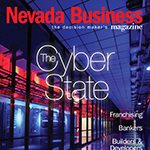 The Brookings Report; Unify, Reorganize, Diversify: An Economic Development Agenda for Nevada, commissioned by the Governor’s Office of Economic Development in 2011, identified seven industry clusters Nevada should develop, specifically naming the technology and aerospace industries. In 2013, many in those industries are looking at and locating in, Nevada. Tech Comes to … END_OF_DOCUMENT_TOKEN_TO_BE_REPLACED

No one with an eye on this state’s economic future should minimize the importance of manufacturing which, like so many business sectors in Nevada and nationwide, has taken a licking and kept on ticking. “The manufacturing sector is still reeling from the recession,” says Frank Woodbeck, director of the department of Employment Training and Rehabilitation (DETR) for the State … END_OF_DOCUMENT_TOKEN_TO_BE_REPLACED

As Nevada continues to diversify our economy and get our fellow citizens back to work, we believe that the discussion about the outlook of Nevada’s future must begin with the state of our education system. The number of high school drop-outs in our state remains at staggering proportions and the unemployment rate for youth stands at 17.3 percent. We cannot continue to accept … END_OF_DOCUMENT_TOKEN_TO_BE_REPLACED

The Nevada unemployment rate is up slightly, but the overall economy remains improved over last year. The Nevada Department of Employment, Training and Rehabilitation (DETR) announced this morning that the state unemployment rose slightly to 9.7% in March.  This rise ended 20 months of the rate either declining or holding steady, said Bill Anderson, chief economist for DETR. … END_OF_DOCUMENT_TOKEN_TO_BE_REPLACED