From red tape to oversight committees, government agencies often have more challenges than private enterprise when trying to improve or change processes. They are working with taxpayer dollars and fiscal responsibility is an imperative. Recently, executives from government agencies in Nevada met in a virtual roundtable, sponsored by City National Bank, to discuss their … END_OF_DOCUMENT_TOKEN_TO_BE_REPLACED 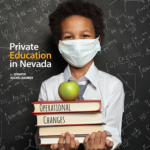 Parents in the U.S. have the right to choose the best form of education for their children. Choices include public and private schools, religious-affiliated and independent schools. According to the Nevada Department of Education (DOE), northern Nevada has 39 private schools with 4,012 students attending. Southern Nevada has 90 with 15,473 students enrolled. The student to … END_OF_DOCUMENT_TOKEN_TO_BE_REPLACED

Nevada Graduation Rates On the Rise According to data compiled by the Nevada Department of Education, the final graduation rate for the Clark County School District’s (CCSD) Class of 2018 was 85.22 percent, a record high and increase of 2 percentage points over 2017. Over the past eight years, CCSD’s has risen from 59.34 percent in 2011. In addition, the Washoe County School … END_OF_DOCUMENT_TOKEN_TO_BE_REPLACED 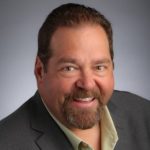 San Jose - Second Start Inc. Learning Disabilities Programs has named Ira M. Gostin, MBA as its new president of the board of directors. Gostin, chief marketing officer for 120 West Strategic Communications, joined the board in 2015. “Ira has been an invaluable asset since joining our board,” Tara Bevington, executive director for Second Start Inc. said. “We are confident as … END_OF_DOCUMENT_TOKEN_TO_BE_REPLACED

Jonathan Schwartz, director of Yellow Checker Star, a leading taxicab company in Las Vegas, announced the company has donated $150,000 of its modified business tax dollars to Dinosaurs & Roses, a local nonprofit that will in turn use the money to award local scholarships for underprivileged children to attend private schools in Nevada. During Nevada’s 2015 legislative … END_OF_DOCUMENT_TOKEN_TO_BE_REPLACED 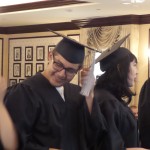 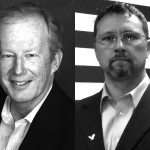 As business leaders who are deeply engaged in education reform efforts through Nevada Succeeds and the Education Alliance of Washoe County, we know that our schools across the state have not performed at the level of our expectations. We spend significant efforts each day to ensure that all schools are receiving the support they need to be successful so their students are ready … END_OF_DOCUMENT_TOKEN_TO_BE_REPLACED 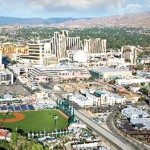