For more than 60 years, the Southern Nevada Home Builders Association (SNHBA) has been a leading advocate for housing in the state of Nevada. SNHBA has played a leadership role in the numerous governmental and public affairs’ issues that impact the housing industry, and in particular, homebuilders, homebuyers and homeowners. The association is the oldest and largest trade … END_OF_DOCUMENT_TOKEN_TO_BE_REPLACED 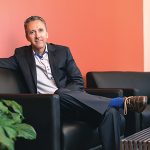 Whereas Nevada’s commercial construction industry was all but dead five years ago, today it’s alive, with activity edging up. “We are finally in a period of growth. A lot more work is happening,” said Mac Bybee, president, Associated Builders and Contractors Inc. (ABC), Nevada Chapter, a statewide trade association that provides training, apprenticeship programs, government … END_OF_DOCUMENT_TOKEN_TO_BE_REPLACED