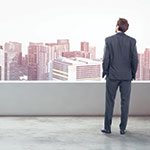 Nevada, because of its narrow focus on three industries, was devastated by the recession and eventually led the nation in foreclosures and unemployment. As both the director of the Governor’s Office of Economic Development (GOED) and a resident of Nevada, Steve Hill believes there is a rising wave of economic development diversifying an outdated and vulnerable economy built on … END_OF_DOCUMENT_TOKEN_TO_BE_REPLACED

As the end of 2012 nears, Nevada’s economy continues its gradual recovery, but the unemployment rate remains in the double digits and job creation is slow. What’s in store for the Silver State’s economy in 2013? Experts weighed in on their predictions for the coming year, which primarily are based on the performance of certain indicators this year. However, they said none of … END_OF_DOCUMENT_TOKEN_TO_BE_REPLACED 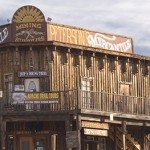 The answer to how to succeed in business without really trying is not as complex as you may think. Business owners should tune their ears in to what is happening in rural Nevada. They may be pleasantly surprised at all they will learn ranging from the mining boom in Elko to the interesting products that are made in Nevada. “Every rural community in Nevada is unique in character … END_OF_DOCUMENT_TOKEN_TO_BE_REPLACED