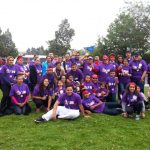 Las Vegas - The Simmons Group Nevada had a busy year helping local and national nonprofits. In 2015, Simmons Group donated a total of $35,000 and over 300 hours of their employees’ time helping organizations that help those in need. In addition to offering volunteer hours, the Simmons Group team donated their professional services, including human resources services, … END_OF_DOCUMENT_TOKEN_TO_BE_REPLACED 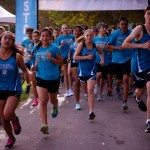 LAS VEGAS - Walkers and runners in Reno and Las Vegas in September raised a record amount of donations for the Nevada Chapter of the National Hemophilia Foundation, surpassing last year’s record amount. More than $61,000 was raised through the efforts of walk participants and supporters for Nevada’s only nonprofit organization advocating on behalf of the inherited bleeding … END_OF_DOCUMENT_TOKEN_TO_BE_REPLACED