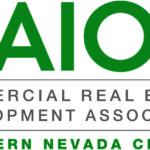 NAIOP Southern Nevada presents it's 2017 “The Greatest Show on Earth!” Bus Tour. Sponsored by Cox Business, the three-hour tour will provide an opportunity to learn more about the future of commercial real estate by showcasing office, industrial, retail and mixed-use properties throughout the Las Vegas Valley. There are 41 featured projects on this year’s tour, each of them … END_OF_DOCUMENT_TOKEN_TO_BE_REPLACED

Home prices in Southern Nevada are continuing to rise. The median price of existing homes for December is up 24 percent from the same time last year, according to statistics recently released by the Greater Las Vegas Association of Realtors (GLVAR). “Local homeowners should be happy with the strong appreciation we’ve seen over the past two years,” said new GLVAR President … END_OF_DOCUMENT_TOKEN_TO_BE_REPLACED

For several years, NAIOP, the commercial real estate development association, has established and supported initiatives that will help define the industry going forward. These efforts include, but are not limited to, commercial development and redevelopment, roadway and highway infrastructure improvement, economic development, workforce investment and sustainable … END_OF_DOCUMENT_TOKEN_TO_BE_REPLACED