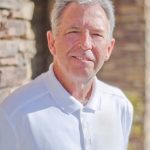 LAS VEGAS - A. William Maupin, of Maupin ∙ Naylor ∙ Braster, Attorneys at Law, is returning to the Nevada Supreme Court to take retired justice senior status. Maupin retired as Chief Justice of the Nevada Supreme Court in 2009 after 15 years in the state’s judicial system. He was a partner in the Nevada’s largest law firm prior to becoming affiliated with his current firm in … END_OF_DOCUMENT_TOKEN_TO_BE_REPLACED