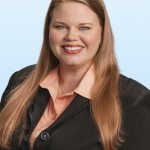 Clark County Voter Registration Rises in Mid-2011 According to a report from Applied Analysis, new voter registrations in Clark County rose during the second quarter of 2011, an occurrence likely due to the lead up of municipal elections in June.  Additionally, there has been a downward trend in Democrat registrations, which has come largely at the expense of rising interest … END_OF_DOCUMENT_TOKEN_TO_BE_REPLACED