Board took office July 1, will be sworn in Sept. 3 at State of the Chamber Address HENDERSON, Nev. – The Henderson Chamber of Commerce has named the members of its 2015-16 executive board. The board took office July 1 and will be sworn in Thursday, Sept. 3, at the annual State of the Chamber Address. The following were named to the executive board: Tim Brooks (Emerald … END_OF_DOCUMENT_TOKEN_TO_BE_REPLACED 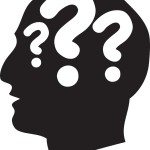 Owning a small business in Nevada can be extremely rewarding, but the stakes are high. Only half of all new businesses survive five years or more, and about one-third survive 10 years or more, according to the U.S. Small Business Administration. Often entrepreneurs go into business with a good idea and a sharp focus on pursuing a passion but can overlook some key business needs … END_OF_DOCUMENT_TOKEN_TO_BE_REPLACED

Is it easy keeping up with approximately 400 legal and regulatory changes every year or making up to 268 tax calculations annually? Are routine administrative tasks preferable to servicing customers? It’s unlikely any business owner would answer “yes” to those questions. For most business owners, these issues are among the very last things they want to deal with. And yet, … END_OF_DOCUMENT_TOKEN_TO_BE_REPLACED