Sand Reaches Agreement to Sell Las Vegas Property Las Vegas Sands Corp. has entered into definitive agreements to sell its Las Vegas real property and operations for approximately $6.25 billion. The Venetian Resort Las Vegas and the Sands Expo and Convention Center are both part of the agreement. Under the terms of the agreement, an affiliate of funds managed by Apollo Global … END_OF_DOCUMENT_TOKEN_TO_BE_REPLACED 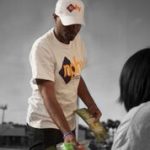 Before school, after school and on weekends, homeless youth in Southern Nevada often find themselves in vulnerable situations, frequently without access to basic needs such as food, hygiene and shelter, and susceptible to harsh weather during the summer and winter months. To provide a safe place during these at-risk hours, the nonprofit Nevada Partnership for Homeless Youth … END_OF_DOCUMENT_TOKEN_TO_BE_REPLACED

Economists and industry analysts can, and will, argue over whether an economic recovery is as strong as numbers seem to indicate. However, they do agree the numbers show Nevada’s economy is on track to strengthen and add more jobs in 2015 because many of the impediments to faster growth have subsided. The unemployment rate has dropped to its lowest level in more than five … END_OF_DOCUMENT_TOKEN_TO_BE_REPLACED