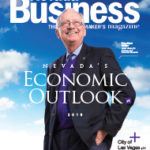 It’s been a decade since the great recession hit Nevada. As we start the new year of 2018, the state’s economy overall remains in recovery mode, with the majority of related metrics remaining below their peaks in 2006 and 2007. Looking forward, we can expect continued steady, incremental growth of the economy in the Silver State at both regional ends, experts said, which is … END_OF_DOCUMENT_TOKEN_TO_BE_REPLACED 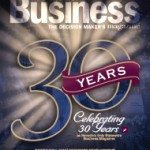 In celebration of the magazine’s 30th anniversary, the editorial staff took the opportunity to explore how Nevada has changed over the last three decades and what that’s meant for business. In addition, six resident companies have been highlighted in the following pages. Each has also met the three-decade milestone. Each of their stories show a resilience that speaks to why … END_OF_DOCUMENT_TOKEN_TO_BE_REPLACED