“It was the best of times, it was the worst of times” applies to Nevada’s tale of two industrial parks, one in the north and huge, the other in the south and a fraction of the size. Though the genesis of both took place at about the same time, in the late 1990s, their courses differed radically due to various circumstances of ownership, place and time. Today, the one with 17 … END_OF_DOCUMENT_TOKEN_TO_BE_REPLACED 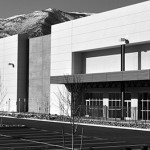 As Nevada’s economy picks up the pace, businesses are returning to Nevada and Nevada is returning to business – mostly. In Southern Nevada there’s no real wage growth, gaming revenues are down, home sales are slowing. At the same time, industrial property vacancies are dropping, flex space rents are low but flex spaces themselves are filling, and big box industrial space is … END_OF_DOCUMENT_TOKEN_TO_BE_REPLACED