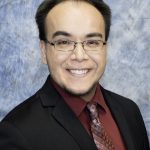 LAS VEGAS – The Greater Las Vegas Association of REALTORS® (GLVAR) has hired longtime local operations executive Lance Ferguson as its chief operating officer. As COO, Ferguson will be responsible for overseeing the operations of GLVAR and its more than 30 employees, filling a position that became available earlier this year when longtime GLVAR executive Wendy DiVecchio was … END_OF_DOCUMENT_TOKEN_TO_BE_REPLACED