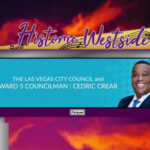 Lamar Advertising Company (Nasdaq: LAMR), one of the largest outdoor advertising companies in the world, today announced that, through its ongoing partnership with the City of Las Vegas, it will build a new informational digital advertising sign, or Parquee®, created specifically to promote the legacy and heart of the city’s historic Westside. Parquee® is Lamar’s digital … END_OF_DOCUMENT_TOKEN_TO_BE_REPLACED 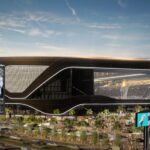 Lamar Advertising Company (Nasdaq: LAMR), one of the largest outdoor advertising companies in the world, has successfully negotiated to be the exclusive out of home advertising provider on the site of the brand new Allegiant Stadium, home of the NFL’s Las Vegas Raiders. Lamar is deploying nine off-premise digital billboard displays for general advertising, reaching fans as … END_OF_DOCUMENT_TOKEN_TO_BE_REPLACED 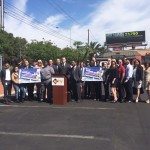 Lamar Advertising Company has joined Nevada Partnership for Homeless Youth (NPHY) in combatting the community’s growing homeless youth problem by donating billboard space to generate awareness about the plight of the estimated 23,790 homeless youth in Nevada – more than 11,000 in Clark County – and where to get help. “There are way too many children on the streets, and we want … END_OF_DOCUMENT_TOKEN_TO_BE_REPLACED