CINCINNATI – The Kroger Co. (NYSE:KR) announced the promotion of Kenny Kimball, currently vice president of operations in the company’s Smith’s division, to serve as president of Smith’s, effective April 30. Mr. Kimball succeeds Jay Cummins, whose retirement was announced in February. “Kenny’s passion for developing associates and his commitment to putting our customers … END_OF_DOCUMENT_TOKEN_TO_BE_REPLACED

Smith’s Food & Drug is again offering customers a convenient way to reach out and help others during the Holiday Season. Beginning November 10 and continuing through December 28, customers may add a $1, $5 or $10 donation to their grocery orders. 100 percent of the contribution will then be converted into Smith’s gift cards for local food banks to then purchase meat, … END_OF_DOCUMENT_TOKEN_TO_BE_REPLACED

Las Vegas -  Smith’s Food & Drug Stores is growing again in Southern Nevada. Through the second half of 2015, Smith’s is slated to remodel four Las Vegas area locations and build three new fuel centers, bringing its total 2015 investment in the Southern Nevada region to $40.5 million. The newest fuel center recently opened to the public at 1000 N. Green Valley Parkway in … END_OF_DOCUMENT_TOKEN_TO_BE_REPLACED 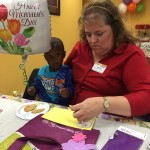