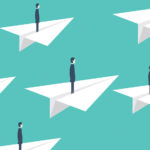 After the November 2018 election, Nevada saw a regime change in Carson City. The Silver State has a new governor and legislators, several of whom are inexperienced. This has led to a difficult legislative session which, many have said, has been more contentious than is typical. “We’re way behind,” explained Senator Keith Pickard, a republican member of the Nevada Senate … END_OF_DOCUMENT_TOKEN_TO_BE_REPLACED