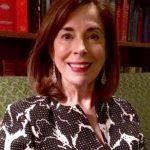 (Reno, Nev.) – The National Council of Juvenile and Family Court Judges (NCJFCJ) has elected Judith T. Horgan to its Board of Directors. Horgan is a child advocate with a long history of involvement in the juvenile justice system. She founded Child Watch of Pittsburgh in 1992, bringing public awareness to the plight of children in the child welfare system. “Judith is a … END_OF_DOCUMENT_TOKEN_TO_BE_REPLACED