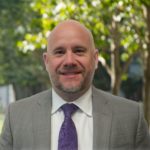 Donor Network West, the federally designated organ procurement and tissue recovery organization for northern Nevada announced that it has named John Lilley as Nevada’s Regional Director. John began his career in organ and tissue donation over 16 years ago and has served in many roles at Donor Network West, including Clinical Transplant Coordinator, Resource Supervisor, … END_OF_DOCUMENT_TOKEN_TO_BE_REPLACED