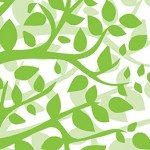 Congratulations to the 2014 Family Owned Business Finalists It isn’t easy running a business, especially a family-owned business. Late hours, little to no salary and foregoing vacations can sometimes be exacerbated by family squabbles and employees that know the boss just a little too well. Nevertheless, family-owned businesses are the backbone of Nevada’s economy. This … END_OF_DOCUMENT_TOKEN_TO_BE_REPLACED

“Abraham Lincoln because of his perserverance.” Kyle Nagy •Current President, Southern Nevada NAIOP, Director, Commercial Capital Advisors “Easily, it’s George Washington. He had the power to appoint himself as a dictator after the American Revolution. Instead, he became the only man in history who could demand absolute power and maintain the humility to abdicate it for … END_OF_DOCUMENT_TOKEN_TO_BE_REPLACED