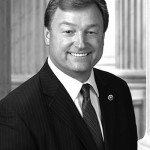 Passions about the President’s deal with Iran run high for Nevadans and those across our country. Since the deal was announced in July 2015, hundreds of Nevadans wrote me letters, called my offices, and spoke with me face-to-face, urging me and my colleagues to reject the deal. Like the majority of Nevadans, I oppose the President’s nuclear agreement with Iran and was … END_OF_DOCUMENT_TOKEN_TO_BE_REPLACED