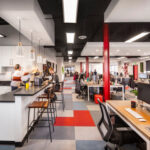 Inc. Magazine Reveals Annual List of America’s Fastest-Growing Private Companies—the Inc. 5000 NEW YORK – Inc. magazine today revealed that KPS3 is No. 4,335 on its annual Inc. 5000 list, the most prestigious ranking of the nation’s fastest-growing private companies. The list represents a unique look at the most successful companies within the American economy’s most dynamic … END_OF_DOCUMENT_TOKEN_TO_BE_REPLACED

Honoring Past Businesses, Recognizing Present Companies & Welcoming Industries of the Future Incorporated in 1953, Henderson, Nev. was born “in America’s defense” with the building of the Basic Magnesium Plant in 1943 during World War II. The plant supplied the U.S. War Department with magnesium for munitions and airplane parts that would eventually help the United States … END_OF_DOCUMENT_TOKEN_TO_BE_REPLACED