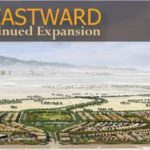 HENDERSON – The Henderson Development Association (HDA), the economic development arm of the Henderson Chamber of Commerce, will host a luncheon featuring “Henderson’s Union Village Updates” presented by Sam Kaufman, CEO/managing director of Henderson Hospital and Craig Johnson of Union Village. The event will be from 11:30 a.m. to 1 p.m. Tuesday, May 23, at Fiesta Henderson, … END_OF_DOCUMENT_TOKEN_TO_BE_REPLACED 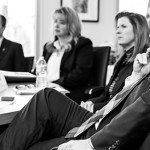 Economic development continues to be an important priority for the Silver State. Many factors go into diversification including incentives for businesses, education and workforce training. And, while strides have been made in attracting new industries to the state, there is still a long way to go. Recently, leaders of economic development met at the Las Vegas office of City … END_OF_DOCUMENT_TOKEN_TO_BE_REPLACED

From a company town to a city companies want to be in: Henderson has trended towards the feel of a hometown community while evolving to meet the needs of residents and businesses. In the 1930s, Henderson housed builders working on Boulder Dam. During World War II the Basic Magnesium Plant in Henderson processed magnesium. Those workers left after the war, but Henderson … END_OF_DOCUMENT_TOKEN_TO_BE_REPLACED

Las Vegas Will Launch 1 Million Cups to Educate, Connect Local Entrepreneurs 1 Million Cups, a program to engage, educate and connect entrepreneurs, launched in Las Vegas on Wednesday,  August 13. The weekly event will be located in the inNEVation Center, powered by Switch. 1 Million Cups is a weekly gathering that is building startup communities over cups of coffee and … END_OF_DOCUMENT_TOKEN_TO_BE_REPLACED