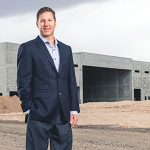 That sound that developers of industrial properties hear in the background is the ticking of the clock counting down the longest-lived economic recovery since World War II. But although the ticks are growing louder, demand for space from new and expanding industrial companies keeps developers busy in Las Vegas and Reno alike. The reasons for the boom are a well-told … END_OF_DOCUMENT_TOKEN_TO_BE_REPLACED 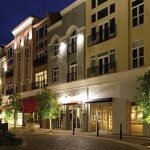 The City of Henderson is open for business. And families. And for anyone who enjoys being in a city consistently awarded best of designations. In November of last year, for example, 24/7 Wall Street named Henderson to the list of America’s 50 Best Cities to Live in. The city is growing. Businesses are opening, financial services and corporate headquarters are calling … END_OF_DOCUMENT_TOKEN_TO_BE_REPLACED

From a company town to a city companies want to be in: Henderson has trended towards the feel of a hometown community while evolving to meet the needs of residents and businesses. In the 1930s, Henderson housed builders working on Boulder Dam. During World War II the Basic Magnesium Plant in Henderson processed magnesium. Those workers left after the war, but Henderson … END_OF_DOCUMENT_TOKEN_TO_BE_REPLACED