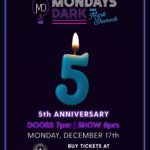 Mondays Dark to Hit $1 Million Raised for Charity Next Year LAS VEGAS – It’s time for cheers, charity and fun for the fifth anniversary celebration of Mondays Dark, the twice-monthly celebrity-driven variety show benefitting local nonprofit organizations. With 42 charities under one roof, the anniversary party has become one of the largest philanthropic events of the year. … END_OF_DOCUMENT_TOKEN_TO_BE_REPLACED 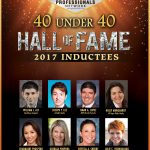 LAS VEGAS – The Greater Las Vegas Association of REALTORS (GLVAR) and its Young Professionals Network of Las Vegas (YPN) have announced the winners of their annual “40 Under 40” awards. The awards program was created to acknowledge the top 40 local REALTORS under the age of 40 who demonstrate excellence in their careers and service to their community, the real estate … END_OF_DOCUMENT_TOKEN_TO_BE_REPLACED 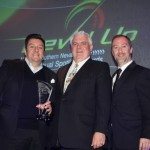 LAS VEGAS - For the second year in a row, Bank of Nevada was named Financial Firm of the Year by members of NAIOP Southern Nevada, a chapter of NAIOP, the Commercial Real Estate Development Association. The award was presented March 12, 2016, at the Hard Rock Hotel & Casino during NAIOP Southern Nevada’s 2016 Spotlight Awards. The awards recognize members who positively … END_OF_DOCUMENT_TOKEN_TO_BE_REPLACED 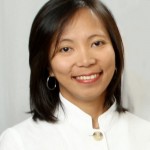 Las Vegas – Grand Canyon Development Partners, a Las Vegas-based construction and real estate development management company, has promoted Terry Barnes to assistant project manager for the Lucky Dragon Hotel & Casino. She previously served as the project engineer for the project. In her new position, she will be responsible for the civil engineering review and … END_OF_DOCUMENT_TOKEN_TO_BE_REPLACED

LAS VEGAS – Mike Mixer, executive managing director of Colliers International – Las Vegas, announced that the company was named Brokerage Firm of the Year for the 10th consecutive year by NAIOP Southern Nevada. The award was announced at NAIOP’s 18th annual Spotlight Awards event on Feb. 28 at the Hard Rock Hotel & Casino. This award is the highest honor that a brokerage … END_OF_DOCUMENT_TOKEN_TO_BE_REPLACED