HENDERSON – Barclaycard US, the payments business of Barclays in the United States, announced it is expanding its operations in Henderson and plans to hire 300 new employees over the next year to fill several positions. The notable growth comes less than two years after Barclaycard officially opened its customer contact center in Henderson in February 2014. Barclaycard … END_OF_DOCUMENT_TOKEN_TO_BE_REPLACED

Las Vegas Will Launch 1 Million Cups to Educate, Connect Local Entrepreneurs 1 Million Cups, a program to engage, educate and connect entrepreneurs, launched in Las Vegas on Wednesday,  August 13. The weekly event will be located in the inNEVation Center, powered by Switch. 1 Million Cups is a weekly gathering that is building startup communities over cups of coffee and … END_OF_DOCUMENT_TOKEN_TO_BE_REPLACED

Nevada Donor Network (NDN) saw its second consecutive record-breaking year in "all apsects" of organ donation, according to a recent statement. NDN received donations from 104 organ donors, 373 tissue donors and 632 cornea donors - totaling a 96% increase compared to 2011. “These significant increases are a testament to the heroism of our courageous donors and their … END_OF_DOCUMENT_TOKEN_TO_BE_REPLACED 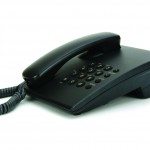 Barclaycard to Open Customer Center in Henderson Barclaycard US, the payments business of Barclays in the United States, has announced plans to open a customer contact center in Henderson. The center is expected to add 400 new employees in 2014 with a total of 700 new employees expected by the end of 2015. Once fully operational, the center will employ 1,000 people and will be … END_OF_DOCUMENT_TOKEN_TO_BE_REPLACED