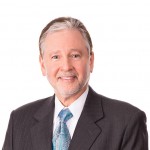 Gordon Silver Ltd. is pleased to announce that Richard L. Galin, of counsel in the firm’s Las Vegas office, has been elected Chairman of the State Bar of Nevada Administrative Law Section. Galin focuses his practice in various areas of financial and commercial law in which he deals regularly with administrative agencies and advises clients on administrative policies and … END_OF_DOCUMENT_TOKEN_TO_BE_REPLACED

Las Vegas home prices ticked up 2.7 percent in February - even as the valley saw fewer homes selling. According to statistics released by the Greater Las Vegas Association of REALTORS (GLVAR), the median price of an existing single-family home sold in Southern Nevada during February was $190,000, up from $185,000 in January. Total existing homes, condos and townhomes sold in … END_OF_DOCUMENT_TOKEN_TO_BE_REPLACED

The first utility-scale solar project on tribal land is underway in Southern Nevada. U.S. Senate Majority Leader Harry Reid (NV) joined representatives from the Moapa Band of Piautes and executives from First Solar, Inc. (Nasdaq: FSLR) and the Los Angeles Department of Water and Power (LADWP) to kick off construction on the 250 Megawatt power plant. The project is located on … END_OF_DOCUMENT_TOKEN_TO_BE_REPLACED

Nevada State Bank is "gearing up" for increased mortgage demand. The bank is expanding its team of loan officers to handle a purchase market that is picking up steam, according to a recent statement. “While other organizations are downsizing the large refinance teams they have built over the last few years, Nevada State Bank is growing our purchase team to handle the … END_OF_DOCUMENT_TOKEN_TO_BE_REPLACED