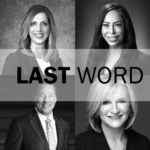 Carolyn Crockett President and Chief Credit OfficerFirst Security Bank of Nevada “The world is divided into people who do things and people who get the credit. Try, if you can, to belong to the first class. There’s far less competition.” Dwight Morrow, American businessman, diplomat and politician Holly Cowden Founder and Managing PartnerTrim Force “If you … END_OF_DOCUMENT_TOKEN_TO_BE_REPLACED 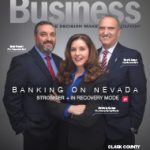 For City National Bank, 2016 was one of its best years since the economic downturn. Today, with $47 billion in assets, its financials are more robust overall, profitability is improved, topline revenues are increasing and its number of clients is up, said Scott Aney, Nevada regional executive. In fact, in December, executives signed a 10-year lease extension for City National’s … END_OF_DOCUMENT_TOKEN_TO_BE_REPLACED 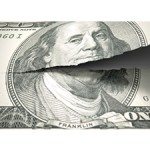 Nevada’s banking industry, which was hit hard during the recession, continues to see challenges today. Some bankers believe post-financial crisis regulations, rising interest rates and the popularity of mobile banking and other technology will continue to change their industry. Others believe China’s economic slowdown, Saudi Arabia’s worsening relations with Iran and an … END_OF_DOCUMENT_TOKEN_TO_BE_REPLACED 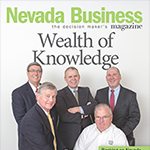 From federal budget challenges and Dodd-Frank to the housing market, borrowers’ shaky confidence and the state of the national economy, Nevada’s banking industry has its work cut out for it in 2013. While top executives remain cautiously optimistic, they are under no illusions about the challenges facing growth over the next 12 months. “I think we’re on the road to … END_OF_DOCUMENT_TOKEN_TO_BE_REPLACED 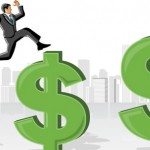 No one is singing Ding-Dong, the Wicked Witch is Dead just yet, but a great many bankers across Nevada are already hailing the end of the recession – or something that looks a lot like it – and searching for ways to chart a better course through 2012 and beyond. Many banks statewide have gone by the wayside, and more may still follow. But for those willing and able to … END_OF_DOCUMENT_TOKEN_TO_BE_REPLACED