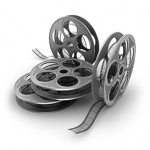 He began: “My name is Nicolas Cage, and I am an American filmmaker.” On May 7th of this year, Cage appeared before a legislative committee to ask it to implement a film-tax credit in the State of Nevada. He argued that the lack of these tax credits was the only thing holding back a deluge of producers coming into the Silver State to build movie studios and film movies. … END_OF_DOCUMENT_TOKEN_TO_BE_REPLACED