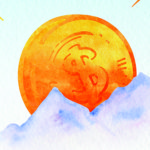 The economy and the banking industry mirror each other, and both are doing well in Nevada as the new decade begins. “We have one of the best economies in the country as measured by employment growth and in-migration, all those key metrics that we watch so closely, those are really strong right now. That generally means that the banking industry’s going to do … END_OF_DOCUMENT_TOKEN_TO_BE_REPLACED

Nevada State Bank (NSB), the largest state-chartered bank in Nevada, has grown along with the state for nearly 55 years, succeeding despite the economic challenges that managed to defeat many other financial institutions. Today, it operates 50 branches in 20 communities across the state, and has over $4 billion in assets. Beginnings: 1959-1979 In the late 1950s, a group of 12 … END_OF_DOCUMENT_TOKEN_TO_BE_REPLACED