According to the U.S. Census, places with populations greater than 2,500 and less than 50,000 are deemed rural. Based on information from the last Census, in 2010 Nevada ranked third in states that had the largest rural populations. Nevada’s rural population made up 5.8 percent of the whole. Rural Nevada often doesn’t get as much media attention as metro counties Clark and … END_OF_DOCUMENT_TOKEN_TO_BE_REPLACED 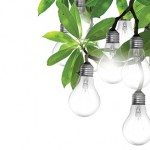 Henderson Receives Award for Energy Efficiency The City of Henderson has been awarded the Energy Project of the Year in Region V for its city-wide, multi-phase energy savings performance contract (ESPC) with Ameresco. The award was conferred from the Association of Energy Engineers (AEE). The $23 million ESPC was implemented in 2006 and is a combination of energy conservation … END_OF_DOCUMENT_TOKEN_TO_BE_REPLACED

While Nevada is one of the hardest hit states and still battling its way back from the recent great recession, the Nevada economy is made up of micro-economies.  The state as a whole saw 13.2 percent unemployment in March, but the rate varies by county.  At first glance, it might be assumed that Nevada’s rural communities are struggling harder than the metro areas, that’s not … END_OF_DOCUMENT_TOKEN_TO_BE_REPLACED