HENDERSON – Leadership Henderson recently announced its class of 2017, the 17th graduating class of the program offered by the Henderson Chamber of Commerce Foundation. The 26 community and business leaders will receive more than 30 hours of professional leadership development training, which began with a kickoff event Oct. 13 and will continue through May. During the next … END_OF_DOCUMENT_TOKEN_TO_BE_REPLACED

HENDERSON – Mary Beth Hartleb of Prism Global Management Group LLC will present “How the FLSA Changes Will Impact Your Business” during the Henderson Chamber of Commerce’s networking breakfast from 7 to 9 a.m. Tuesday, June 14, at Revere Golf Course, 2600 Hampton Road in Henderson. The Fair Labor Standards Act (FLSA), under the Department of Labor, establishes minimum wage, … END_OF_DOCUMENT_TOKEN_TO_BE_REPLACED 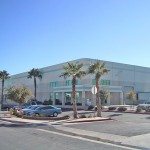