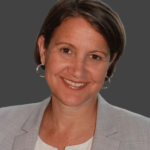 HENDERSON – Nevada State College, one of the fastest growing colleges in the nation, announced Dr. Elizabeth Gunn as the new Dean of the School of Liberal Arts and Sciences. Before accepting a position with Nevada State College, Gunn served as Associate Dean of Academic Programs at Rutgers University in New Jersey since 2017. Prior to working at Rutgers University, Gunn was … END_OF_DOCUMENT_TOKEN_TO_BE_REPLACED