If Nevada is serious about improving education throughout the state, it needs to begin focusing on children — not taxpayer-funded bureaucracies. By using students and teachers as little more than political props, the established public school system routinely pressures voters, taxpayers and politicians for an ever-increasing amount of funding. Governor Brian Sandoval used … END_OF_DOCUMENT_TOKEN_TO_BE_REPLACED

It seems ironic that a group named something as benevolent as “The American Civil Liberties Union” would be using a discriminatory law from the 1800s to prohibit disadvantaged Nevadans from obtaining quality education. But, that’s exactly what is happening. In one of the two court cases aimed at stopping Nevada’s innovative Education Savings Accounts, the ACLU is arguing … END_OF_DOCUMENT_TOKEN_TO_BE_REPLACED 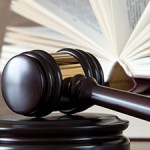 The last legislative session in Nevada was one of the most productive the state has seen in recent years. Love it or hate it, there is no denying the outcomes of that productivity and the work of the 78th Session will be discussed for years to come. With around 1,000 registered lobbyists and as many bills passed, 20 freshmen lawmakers and the state’s largest tax increase, … END_OF_DOCUMENT_TOKEN_TO_BE_REPLACED

The November wave that swept Republicans to victory not only solidified their control of the governor’s mansion but also saw them capture both chambers of the Nevada Legislature for the first time in 85 years. So now what? In the lifetime since Republicans last controlled the legislative process, liberal policies, decade after decade, have generated many problems for the … END_OF_DOCUMENT_TOKEN_TO_BE_REPLACED