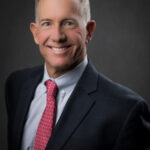 Former Chairman Steve Johnson will continue to serve as Board Member and Director of Edgewood Companies Edgewood Companies, one of Nevada’s oldest and diversified real estate companies which owns and operates Edgewood Tahoe, announces the appointment of Robert Winkel, board member since 2008, as the new Chairman of the Board. Winkel succeeds Steve Johnson, who will continue … END_OF_DOCUMENT_TOKEN_TO_BE_REPLACED