It’s the second largest city in the state, one of the safest cities in the nation and has some of the best schools in southern Nevada. Fifteen minutes from the McCarran International Airport, and 30 minutes from the California border, Henderson is a great place for people and businesses to call home. Ten years ago, the City of Henderson was just coming out of the Great … END_OF_DOCUMENT_TOKEN_TO_BE_REPLACED 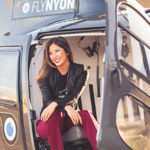 It’s the second largest city in the state, but when Henderson residents talk about their city, they talk about community. As a community, Henderson has created a strategic plan to guide growth, looking ahead 20 to 30 years to make sure it’s still a city residents love. People who live in Henderson talk about the active lifestyle, entrepreneurial drive, outdoor recreation, … END_OF_DOCUMENT_TOKEN_TO_BE_REPLACED

At a time when technology makes daily leaps from innovation to reality, it’s people and the companies they form that bring the awe factor to life. In Henderson, both innovations and innovators are celebrated and cultivated, from the entrepreneurial spirit of downtown Henderson to the city being home to nationwide firsts. It’s people that transform a city into a City of the … END_OF_DOCUMENT_TOKEN_TO_BE_REPLACED