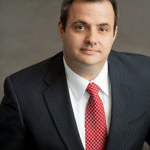 Las Vegas – The Las Vegas Global Economic Alliance announced that Jared Smith has been appointed to the position of chief operating officer. In his position, Smith will assume a leadership role in the organization’s economic development, planning, operations, partnership building, and strategy. “Having Mr. Smith join our team speaks volumes about the caliber and direction … END_OF_DOCUMENT_TOKEN_TO_BE_REPLACED