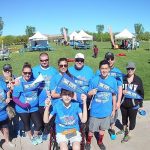 Local patients suffering from Crohn’s disease and ulcerative colitis and their families and friends raised nearly $40,000 at the recent Take Steps Community Walk for the Las Vegas chapter of the nonprofit Crohn’s & Colitis Foundation at the Mountain’s Edge Master Planned Community‘s Exploration Park. In addition, 17-year-old Avery Link was recognized as the 2017 Take … END_OF_DOCUMENT_TOKEN_TO_BE_REPLACED 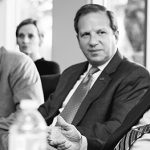 The healthcare industry continues to face challenges involving access to care, physician shortages and coordination between providers in the Silver State. A group of Nevada’s healthcare leaders recently met at the Las Vegas offices of City National Bank to discuss these issues and new opportunities on the horizon for the industry. Connie Brennan, publisher and CEO of Nevada … END_OF_DOCUMENT_TOKEN_TO_BE_REPLACED

2016 Fundraising Totaled $475,000 for Nevada Hospitals Las Vegas – Smith’s Food & Drug Stores has raised $475,000 during a statewide hospital fundraising campaign called “Bringing Hope and Healing to Kids,” in which customers could participate by adding a small donation at the registers, joining in-store activities, or dropping coins into boxes at check stands. A company … END_OF_DOCUMENT_TOKEN_TO_BE_REPLACED

RTC Introduces Yellow Dot Program The Regional Transportation Commission of Southern Nevada (RTC) has unveiled the Nevada Yellow Dot program. The program is a traffic safety initiative which incorporates a simple yellow dot window decal to alert first responders to critical medical information in order to improve emergency care for those involved in vehicle crashes or who … END_OF_DOCUMENT_TOKEN_TO_BE_REPLACED 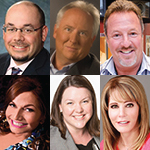 “I’d like to live in ‘West Wing’ or ‘House of Cards’, although I may need to rethink the latter because a lot of people die unexpectedly…” Katie Ryan | Director, Communications and Public Policy, Dignity Health-St. Rose Dominican “‘Dr. Who’ – Not because I’m a sci-fi fan, but who wouldn’t want to travel into the future and back into the past, and maybe have some impact along … END_OF_DOCUMENT_TOKEN_TO_BE_REPLACED

The first utility-scale solar project on tribal land is underway in Southern Nevada. U.S. Senate Majority Leader Harry Reid (NV) joined representatives from the Moapa Band of Piautes and executives from First Solar, Inc. (Nasdaq: FSLR) and the Los Angeles Department of Water and Power (LADWP) to kick off construction on the 250 Megawatt power plant. The project is located on … END_OF_DOCUMENT_TOKEN_TO_BE_REPLACED