Department of Employment Training and Rehabilitation 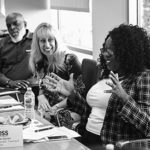 Human resources is an industry that is constantly evolving. From workforce shortages to the impacts of the COVID-19 pandemic, this industry must be ready to switch gears at a moment’s notice. This meeting of Nevada human resource executives occured prior to the widespread effects of the coronavirus. The executives met at the Las Vegas offices of City National Bank to discuss … END_OF_DOCUMENT_TOKEN_TO_BE_REPLACED

According to experts, the outlook for Nevada’s economy this year is positive and projected to fare at least as well as it did, or perhaps even better, in 2018. However, one or more known or unknown wild cards could have a dampening effect. Some of the indicators that support the forecast in Southern Nevada include strong employment and population growth, robust consumer … END_OF_DOCUMENT_TOKEN_TO_BE_REPLACED 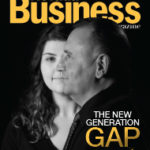 Millennials, Generations Z and X, baby boomers and the traditionalists or silent generation is a diverse list of titles to represent an even more diverse group of people. Today there are five generations in the workforce, each with their own characteristics and commonalities, strengths and weaknesses. The generations differ in work styles, communication styles, what … END_OF_DOCUMENT_TOKEN_TO_BE_REPLACED

As the end of 2012 nears, Nevada’s economy continues its gradual recovery, but the unemployment rate remains in the double digits and job creation is slow. What’s in store for the Silver State’s economy in 2013? Experts weighed in on their predictions for the coming year, which primarily are based on the performance of certain indicators this year. However, they said none of … END_OF_DOCUMENT_TOKEN_TO_BE_REPLACED 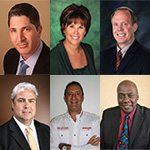