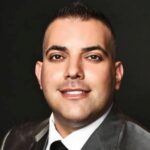 Las Vegas (July 8, 2020) David Kohlmeier had been a police officer during 9/11 in New York, and then became a police officer in Henderson, Nevada serving the communities for over 15 years. While he was an cop, David became known as "the problem solver" among his fellow peers and officers as a result of his background in successful mediation involving people with domestic … END_OF_DOCUMENT_TOKEN_TO_BE_REPLACED