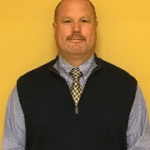 Smith’s Food & Drug recently announced the promotion of longtime employee Dave Williams to District Four manager. In his new position, Williams oversees the daily store operations in 17 Smith’s stores located in Las Vegas, Mesquite and Pahrump in Nevada; and St. George and Cedar City in Utah. Williams began his career with Smith’s in 1986 in Bountiful, Utah. During his … END_OF_DOCUMENT_TOKEN_TO_BE_REPLACED