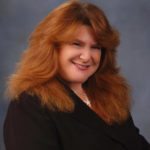 Nevada Assemblywoman Ellen Spiegel, D-Henderson, has been appointed by the Council of State Governments West to two of its standing committees: Canada Relations and Health and Human Services. She also recently was named as a member of their 2017 Henry Toll Fellow class. Both committees are instrumental in forming policy and advancing the common good both in individual states … END_OF_DOCUMENT_TOKEN_TO_BE_REPLACED