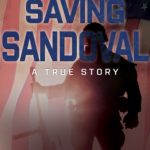 In 2007, U.S. Army Specialist Jorge G. Sandoval Jr. was charged with murder by the very government he had sworn to serve. While deployed to the most dangerous area in Iraq known as the “Triangle of Death,” Sandoval, an airborne infantryman, and the elite sniper were instructed to “take the shot” and kill an enemy insurgent wearing civilian clothes. Two weeks later, Army … END_OF_DOCUMENT_TOKEN_TO_BE_REPLACED