Global events like COVID send ripples through the economy which can cause uncertainty on the part of consumers and businesses. With the pandemic creating havoc for normal business operations and occurring just over a decade since the official end of the Great Recession, some economic uncertainty is to be expected. “I started with the bank 20 years ago and I came into the … END_OF_DOCUMENT_TOKEN_TO_BE_REPLACED 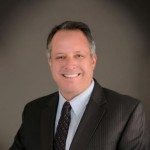 “Staying Out of CFPB Jail (Part 1)” is the first article of a three-part series from noted real estate attorney Dax Watson, Managing Partner of the Phoenix office of Lipson, Neilson, Cole, Seltzer, Garin, P.C. In this article, Watson discusses common practices among real estate professionals across the country that could violate federal law pertaining to “kickbacks” and result … END_OF_DOCUMENT_TOKEN_TO_BE_REPLACED

LAS VEGAS – Overdraft fees and bounced checks are two of the least popular interactions between banks and their customers. With studies showing such penalties becoming more common, Nevada State Bank has created a new type of banking account to wipe out such worries. A 2013 study by Moebs Services reported that U.S. consumers paid $32 billion in overdraft fees that year, a … END_OF_DOCUMENT_TOKEN_TO_BE_REPLACED 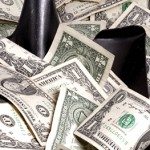 While a noticeable lack of silver in the Silver State has put the pinch on residents and businesses in recent years, one of the few industries to have thrived has been debt collections. As a result of the state’s heavily touted, sky-high unemployment rates, we've seen explosive growth not only in foreclosures but also in household debt. According to Consumer Reports, in … END_OF_DOCUMENT_TOKEN_TO_BE_REPLACED