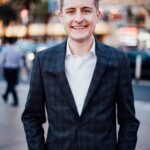 Saint Mary’s Adds Rehab Unit Saint Mary’s has announced the addition of an inpatient acute rehabilitation unit (ARU). The unit is expected to open in 2023 and will be located in the existing hospital. The ARU will add 14 beds and include private rooms and recreational and therapy spaces. Nevada College Receives “First-Gen Forward” Designation The Center for … END_OF_DOCUMENT_TOKEN_TO_BE_REPLACED