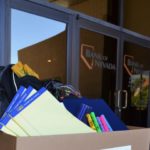 Not every parent in Southern Nevada can afford to purchase all the school supplies their child will need when classes resume in August. That’s why Bank of Nevada is inviting the public to join its employees and customers in helping to provide necessary school supplies to at-risk students who attend Clark County School District Schools in Las Vegas and Henderson. For two … END_OF_DOCUMENT_TOKEN_TO_BE_REPLACED

Las Vegas Breaks Tourism Record According to data compiled by the Las Vegas Convention and Visitors Authority, Las Vegas has broken the city’s all-time record of visitation growth with 42.9 million visitors in 2016. This is the third consecutive record-breaking year with 2015 seeing 42.3 million visitors. In addition, convention attendance also broke records in 2016 with 6.3 … END_OF_DOCUMENT_TOKEN_TO_BE_REPLACED