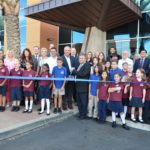 Coral Academy of Science Las Vegas (CASLV), a state-sponsored public charter school, announced the grand opening of its fourth campus in Henderson and sixth in the valley. The award-winning charter school opened its doors to welcome students for the 2018/2019 school year. Formerly a University of Phoenix campus, the 40,000-square-foot building at 7777 Eastgate Road received … END_OF_DOCUMENT_TOKEN_TO_BE_REPLACED 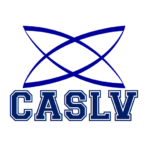 Coral Academy of Science Las Vegas (CASLV) recently announced it ranked as the seventh best Nevada high school in 2018 by US News and World Report. In addition to being ranked seventh in Nevada, CASLV ranked 721 in the national rankings and 157 in charter high schools. CASLV was also awarded a silver medal based on how students performed on state assessments and how well the … END_OF_DOCUMENT_TOKEN_TO_BE_REPLACED 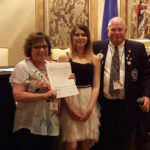 Award Marks First Time a U.S. Student Has Been Selected HENDERSON – Coral Academy of Science Las Vegas (CASLV) recently announced eighth-grade student Chiara Kieper won a merit award in the Lions International Peace Poster Contest. Her poster was chosen for its originality, artistic merit and portrayal of this year’s theme: “The Future of Peace.” Her artwork of a black bird … END_OF_DOCUMENT_TOKEN_TO_BE_REPLACED

Coral Academy of Science Las Vegas (CASLV) has launched the Project Lead the Way (PLTW) program for 5th grade students at its Centennial Hills campus, making it one of only three schools in Nevada to offer this program at the elementary school level. PLTW is a science, technology, engineering, arts and math (STEAM) program that combines the Next Generation Science Standards … END_OF_DOCUMENT_TOKEN_TO_BE_REPLACED