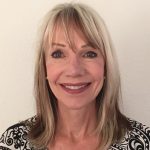 Matt Brown and Rick Saake have been re-elected to one-year terms on the board of directors of NCET, a member-supported nonprofit in Reno that produces events to help individuals and businesses explore and use technology. Brown will serve on the NCET board as vice president of blog content. Saake will serve as vice president of newsletter and database. Both were first elected … END_OF_DOCUMENT_TOKEN_TO_BE_REPLACED 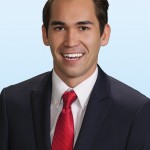 Las Vegas – Mike Mixer, executive managing director of Colliers International – Las Vegas, announced the company has hired Garrett Connor as an associate. Connor will be working with George W. Connor in the Urban Retail Division. Garrett Connor will focus on urban and resort properties, representing both landlords and tenants in leasing and sales acquisitions and … END_OF_DOCUMENT_TOKEN_TO_BE_REPLACED

Reno's East Fourth Street will be transformed during the second annual Positively 4th Street Better Block Project event. Considered "the gateway" to downtown Reno, Fourth Street is home to several historical properties but is in need of upgrades and repair. Local businesses are looking to spruce up the area through landscaping, adding a two-way bicycle lane, re-striping … END_OF_DOCUMENT_TOKEN_TO_BE_REPLACED

The U.S. Small Business Administration made significant changes in qualification for SBA 504 loans. The changes include elimination of "the personal resource test" and "the nine-month rule". These modifications mean businesses will have an easier time qualifying for SBA loans, according to a recent statement by TMC Financing. “By eliminating the nine-month rule for … END_OF_DOCUMENT_TOKEN_TO_BE_REPLACED

Nevada's first osteopathic fellowship program has the green light. The American Osteopathic Association approved Nathan Adelson Hospice for a Hospice and Palliative Medicine Program. The program is a collaboration between the hospice and Touro University Nevada. This is a first-of-its-kind fellowship in Nevada and one of only 11 in the nation, according to a recent statement … END_OF_DOCUMENT_TOKEN_TO_BE_REPLACED